May 08, 2016
https://www.facebook.com/Zen.Boxer/posts/10154204582111518:0
My brother has cancer and is receiving care at this facility. First of all, the nurses and staff are wonderful  here. However, I have a few things I am highly disappointed with and since Facebook kept popping up a message to leave a review, I decided "why not"....
- My brother works and needs a later time for chemo. Because the doctor on staff doesn't want to stay for their patients, my brother is forced to leave work early to get his treatment. IF this hospital thinks anything for their patients and THEIR needs, they would stay open a few more hours for their patients! We are not asking for late hours, we are asking to have appointments around 4:30-5:00 but they close at 5:00-6:00!! Just a few more hours to stay open for patients like my brother!!!
- My brother's Doctor is one of the most uncaring physicians around. You would think he would care for my brother and give suggestions or check into research/studies for my brother, but he leaves all of that to my brother!!! As for the chemo, that decision is up to my brother too. There is no communication, concerns, or suggestions from his doctor. I feel if you are there as a robot for your patients and cannot offer hope or understanding, it is time to retire!!!!!! Just because my brother wants a chance of survival, his doctor offers NO support to my brother's decision!!
- Here is the utmost craziness of this hospital... My brother has to have CAT scans every 2-3 months. AT LEAST TWICE, the radiologist department incorrectly read his scans and gave incorrect reports!!!!
When my sisters and I begged our brother to go for a second/third opinion, it took a wonderful doctor at Karmanos to catch this!!!!!  Even at his last scan (which was just last month!!), they read it WRONG AGAIN and my brother had to call his doctor to let him know. (If you are asking, "Why didn't he go to Karmanos for his care....?"  The answer is, he did not want the majority of his care in Detroit.)
In December 2014, while my brother was in the HF hospital in Detroit for overnight care (for the "big" chemo), my brother had cardiac arrest. He also had "no code (DNR)" in his chart. While in ICU and fully alert (after a few hours), my brother was very angry. He was yelling at the staff and said he had DNR in his file. The staff tried to make excuses and did not know what to say. Now my brother is so afraid of the pain he faces in the future.

Popular posts from this blog 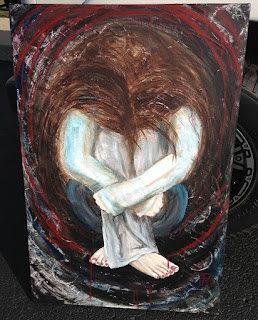 I am so lonely.  I feel empty. Life is very quiet for me.  I smile in front of everyone and laugh all the time, but deep inside, I am so lonely. I have mixed emotions about everything and I am okay with that, because it is what it is.   Loneliness to me is hard to explain. I could have a lot of people around me, but feel so empty deep inside.  I get used to feeling like this and everything is okay. It is normal to me. So, in reality, loneliness is a natural thing for me.  It is not sad nor bad.
I do love my life, because of certain people and my best little dogs, but I am also very lonely.  I don’t know how to explain this loneliness. I don’t know what to do with it? How to react to it. I accept it and move forward, because at this present moment, I am blessed with health and life.
I don’t have the energy to go anywhere, because I work so much every day, that all I want to do is finish my work in the evening and snuggle with my little dogs.
I don’t have the energy to be creative and …
Read more

2016 has been overwhelming, stressful and challenging. Donna and I spend almost every week with our brother Tony, either in chemo or doctor appointments. Tony almost made it through 2016, but his body gave out on him too soon. His brilliant mind was with us until the end of his life here on earth. I just hope his brilliant mind took on another form and continues in this life in some sort of spirit or soul.

Watching my brother take his last breath on earth was the most unbelievable sad feeling I have ever felt and witnessed. It has been three weeks and one day since he left us and it is still a shock that makes me cry when I think too much about it. I know he is in a better place, because the pain that he had was so intense, how could he not be in a better place without the pain?

He said that we had a lot of drama in our lives, but I sit back and smile and think of all the drama he left behind. Yep Tone-Bone… I am laughing right now. Without bringing up the drama in detail, Tony l…
Read more 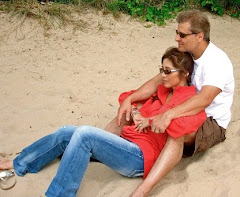